Home » What Giving Tuesday has Done for Philanthropy

What Giving Tuesday has Done for Philanthropy 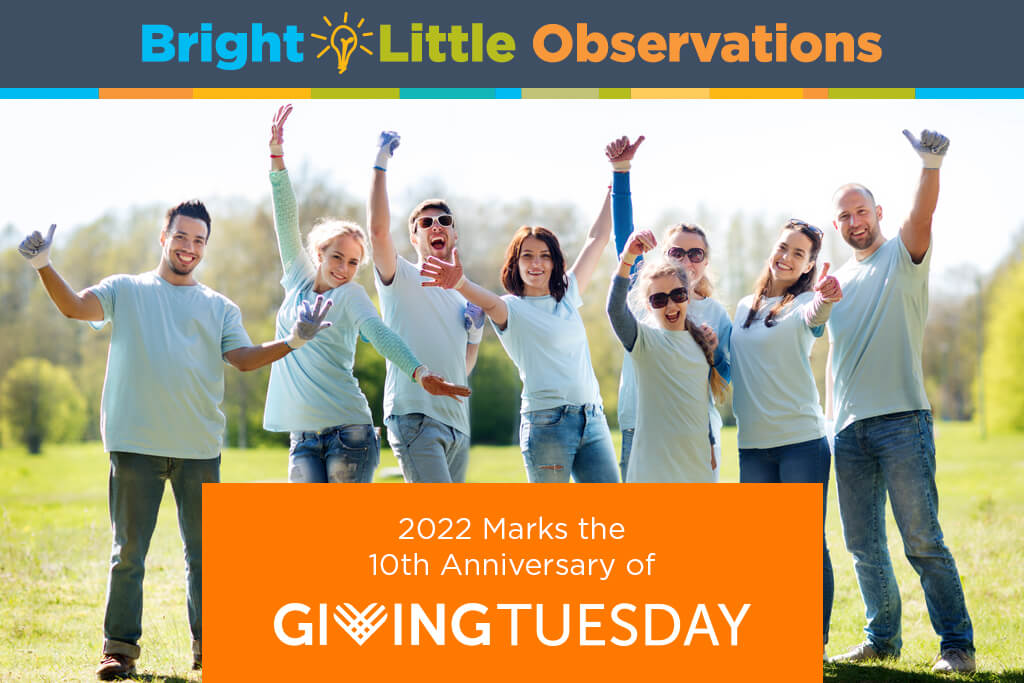 The Impact of Giving Tuesday: a Celebration of Generosity

2022 Marks the 10th Anniversary of #GivingTuesday

It began as a simple idea …

In 2012, the 92nd Street Y, a community center in New York City, came up with the novel notion of funneling the generous spending already associated with the holiday shopping season toward charitable organizations.

First there was Black Friday. Then came Cyber Monday. Why not #GivingTuesday – a hashtag to encourage people to give back after two days of consumption!

The concept spread like wildfire and gained even more momentum years later when it was adopted by a separate organization which kept the name and took up the mantle to organize and structure the day. Now just a decade after its inception, GivingTuesday has become the second-largest giving day of the year for nonprofits, surpassed only by December 31. And it continues to set annual donation records to help organizations like yours garner the financial support they need to impact the individuals and communities they serve.

According to the GivingTuesday 2021 Impact Report, last year GivingTuesday donations reached $2.7 billion – a 9% increase over 2020 and a 37% increase from pre-pandemic levels. At the same time, both Black Friday and Cyber Monday online sales declined.

But GivingTuesday has become more than a day of increasingly generous financial support. It has morphed into a worldwide movement, inspiring people in more than 80 countries to help their fellow man and embrace the causes they care about.

“What GivingTuesday has essentially done for philanthropy is to popularize the culture of giving,” says Summit Marketing’s president, Michelle Noyes. “While giving has always been a satisfying experience and for many people a moral or spiritual obligation, it has now been infused with fun, excitement and a feeling of being part of a collaboration that spans the country and the globe.”

“Remember to apply sound fundraising and relationship-building principles to those who initially choose to volunteer or provide gifts in kind as their form of participation on GivingTuesday. With proper recognition, love and care, these individuals may be converted into financial donors.”  –  Tammy Nigus, Senior Communications & Creative Director.

A worldwide mindset of giving – if even for just one Tuesday – can only bring incredible results.

As GivingTuesday marks its 10th anniversary, no one could have foreseen the growth and impact of this simple concept. As we look to the future, nonprofits like yours are encouraged to place no limits on the potential of this amazing movement, and to seek new ways to use it to inspire and involve those who share your mission.

With 36 years of experience in nonprofit fundraising, Summit Marketing can help your organization harness the power of GivingTuesday. 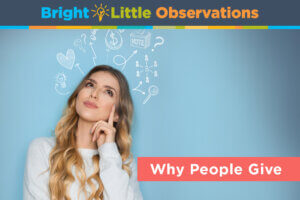 Why People Give and How to Foster Their Generosity – Part 1 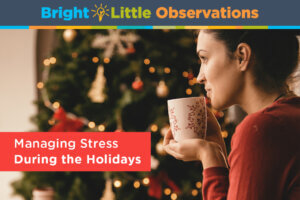 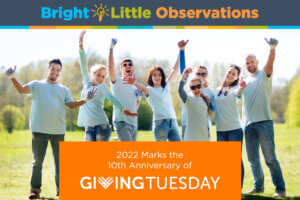 What Giving Tuesday has Done for Philanthropy